On 15th September, our Year 6 students got to make their much-anticipated trip to Canberra. From 6 Navy, Chelsy B, Yumin O, Olivia D and Jaena M were kind enough to leave a detailed recount of their journey below. Enjoy!

Year 6 had a blast at Parliament House! We were awed by the size of the colossal, and well-structured building. We explored room by room, learning interesting history and how the parliament works. To mourn the recent passing of Queen Elizabeth II, the members of Parliament were not present at the time. Even though we were hoping to meet some celebrities in the political world, we were still very happy that we got to tour the entire building! As we journeyed the large premises, we saw the House of Representatives and the Senate. These rooms were coloured green and red respectively, following the British tradition, but the shades were more subtle and represented natural Australian plants and landscape. Our knowledgeable tour guide answered our many questions and explained the history of each room to us. One of the highlights of the parliament house was when we spotted Mrs Falvey coming to us! Everyone was delighted to see her and we all had so much to talk about! Year 6 had a very memorable time at parliament house, and we will never forget the fantastic time we shared.

At Questacon Year 6 learnt many interesting facts about science. We travelled to different exhibits to learn about various topics such as space, fundamentals, and planet earth. We enjoyed interactive and hands-on activities. A memorable highlight was the Big Drop which was recently reopened after a long time due to COVID. Oprah W said, “At first, I was petrified, but I remembered Isaac Newton's discovery about gravity and knew it would take care of me.” We finished with the gift shop, feeling extremely excited and happy.

We all lined up in front of the bus with torches and warm clothing, buzzing with excitement. However, when we got there the sky was covered in dense clouds. The man there then surprised us with a laser. He pointed it to the sky and told us that the fog acted like a wall and made the light from our torches much better. This cheered us up as we shined our torches at the sky while we were walking to the observatory. We then arrived and were ushered into a hall with a big screen hovering from the ceiling. We were then introduced to Lachlan, Nico and Maddie, experts in astronomy all with PhDs. However, we were dismayed to learn that all the telescopes were burnt in a fire 20 years ago! To cheer us up, we were introduced to two websites on the big screen. One of them was a 360° view of the constellations from Earth. The second website was a simulation, Universe Sandbox. We were very intrigued with the simulation, as one of the astronomists turned the sun into a black hole, made the earth blow up, and made 100 moons crash into each other. Many questions were asked and answered before we had to travel back to Leumeah Lodge to get prepared for another fun-filled day in Canberra.

We split into two groups and received an amazing tour. There were many significant objects and facts about celebrities, Indigenous people, animals and landmarks of Australia. We completed a fun activity that involved researching a famous person or animal and presenting a quick summary of the story to a small group. Some examples were, Trim the cat, Chris the sheep and Phar Lap the horse. After the activities, we went outside and saw the picturesque garden which included a pond with concrete shaped like Australia, containing all of our fascinating towns and landmarks. As we were leaving, we also saw a group of Aboriginals performing their traditional music. It was really wonderful to hear. The visit to the museum really taught us a lot about our history and the Indigenous people, which we are so grateful for.

At the Electoral Education Centre, also known as the Old Parliament House, we watched an interesting orientation clip, and a cool video about democracy and the history of voting. In this video, three little TVs were tilted and reflected on three windows making them look like holograms. We then paired up to play an interactive educational game about democracy - Democracity by Democrabot, learning about parliament and the voting system, which we were then quizzed on. It was an educational yet unforgettable experience for everyone.

At the Australian War Memorial, we separated into four groups, each accompanied by a teacher and guided by a tour guide. We explored so many fascinating artefacts from hundreds of years ago, including a stuffed pigeon named Q which saved countless lives way back in 1944. When the American soldiers were spotted by the Japanese troops in war, they sent a flock of pigeons to spy on them. Unfortunately, they were all shot down by the Japanese, but they had one more bird left, Q. They sent him up, hoping for the best, and he miraculously dodged all their bullets, flying 48km back to base in 47 minutes. Help was successfully sent and the troops were saved. We also saw the eternal flame, which represents the Australians’ resilience. Time flew by and our wonderful time at the memorial ended.

As much as we had all loved our overnight excursion to Canberra, we were all excited to go home, and back to our families. Once we were back at school, we were all welcomed by our parents’ embrace. Year 6’s trip to Canberra will be treasured by all, and it was a memorable experience that we will never forget. Thank you to the magnificent Yr 6 teachers, Mrs Doyle and Mrs Shackle for organising this beautiful trip and Mrs Byrne and Mrs Dineen for accompanying. 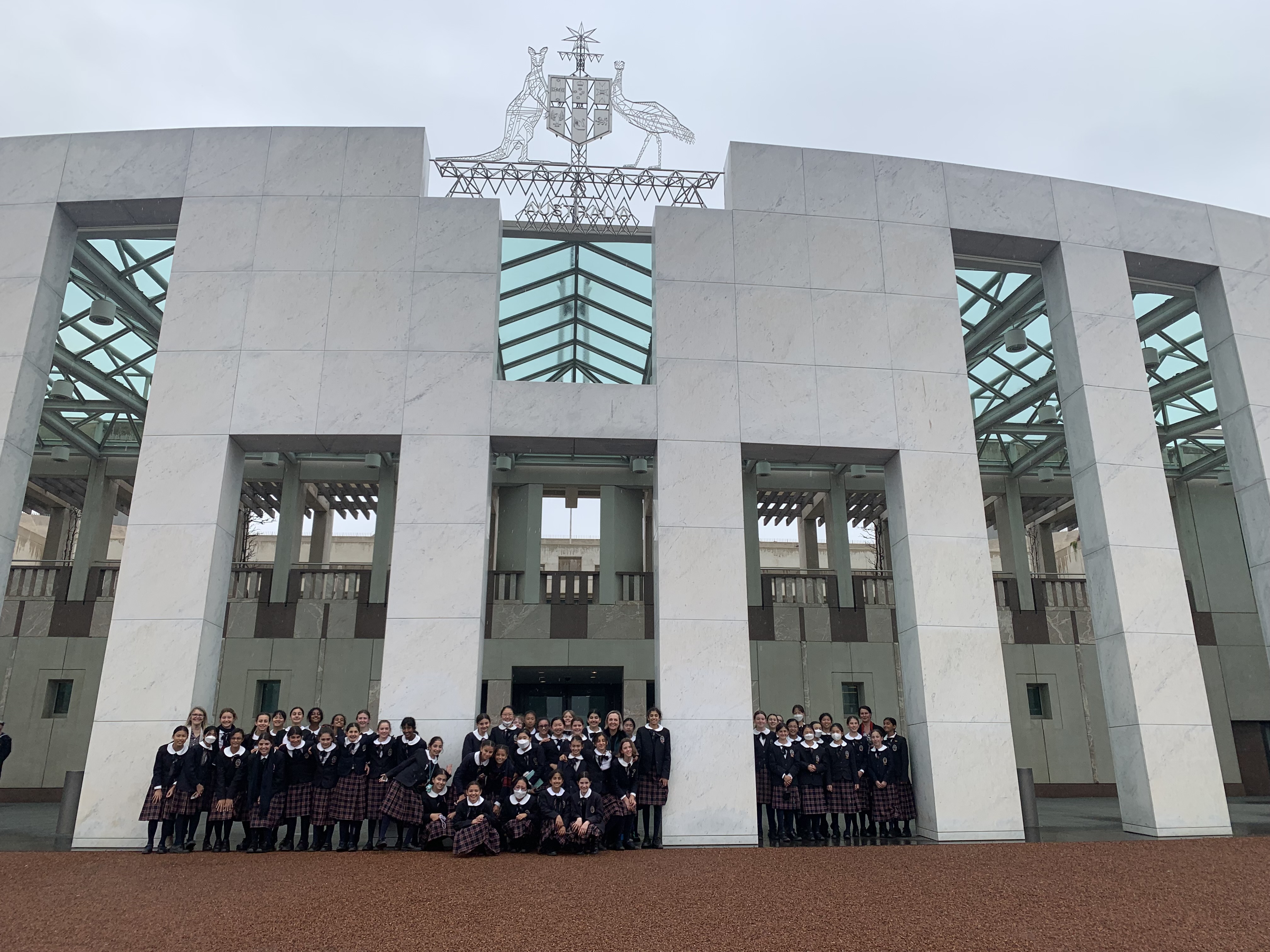 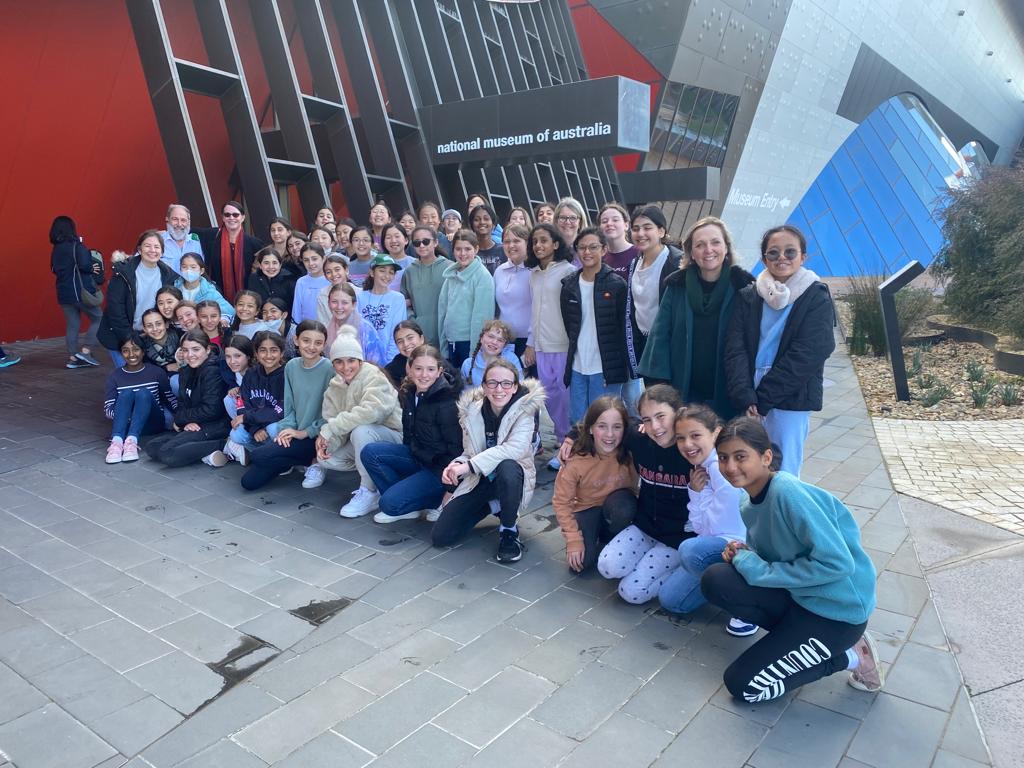 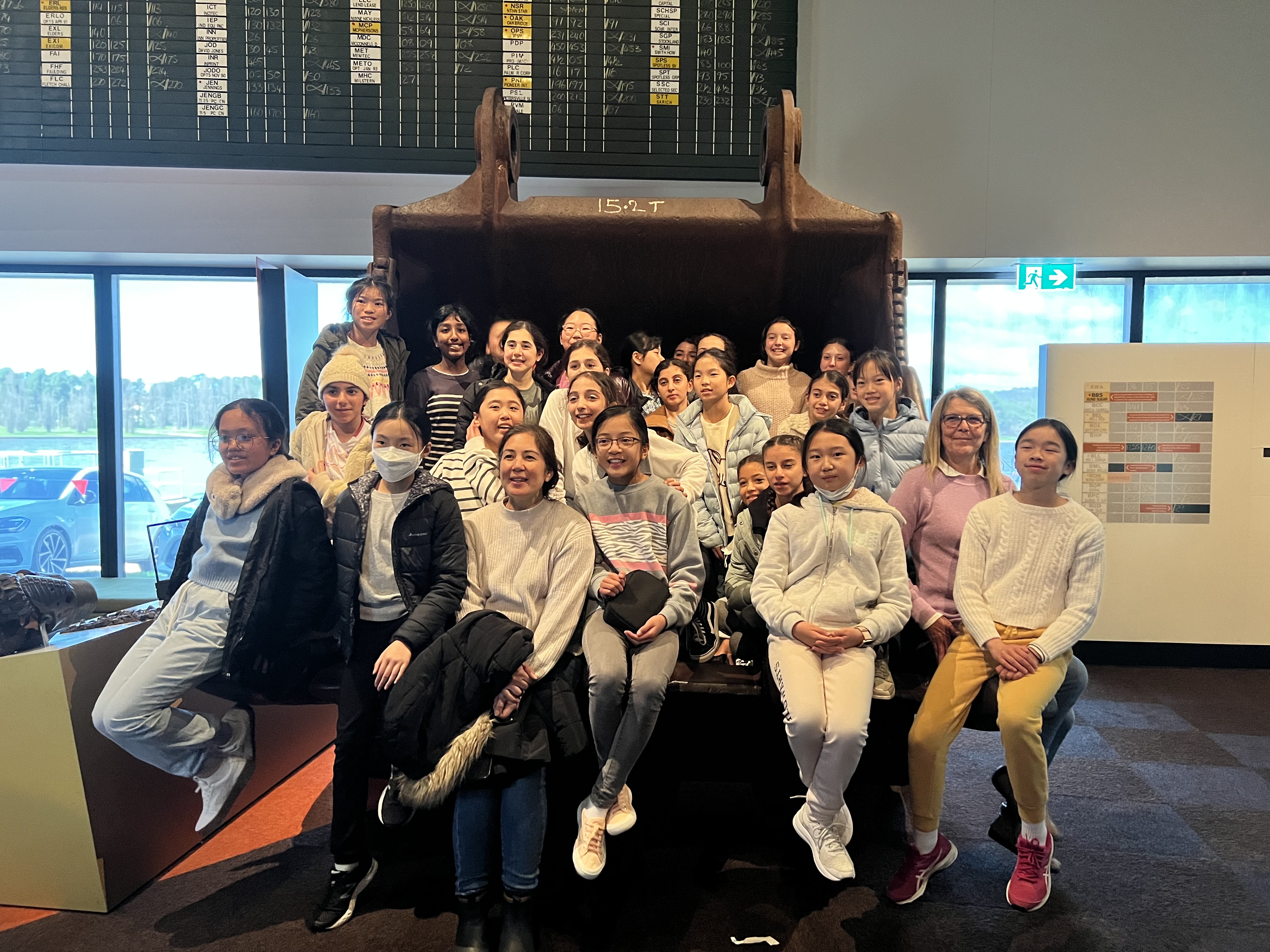 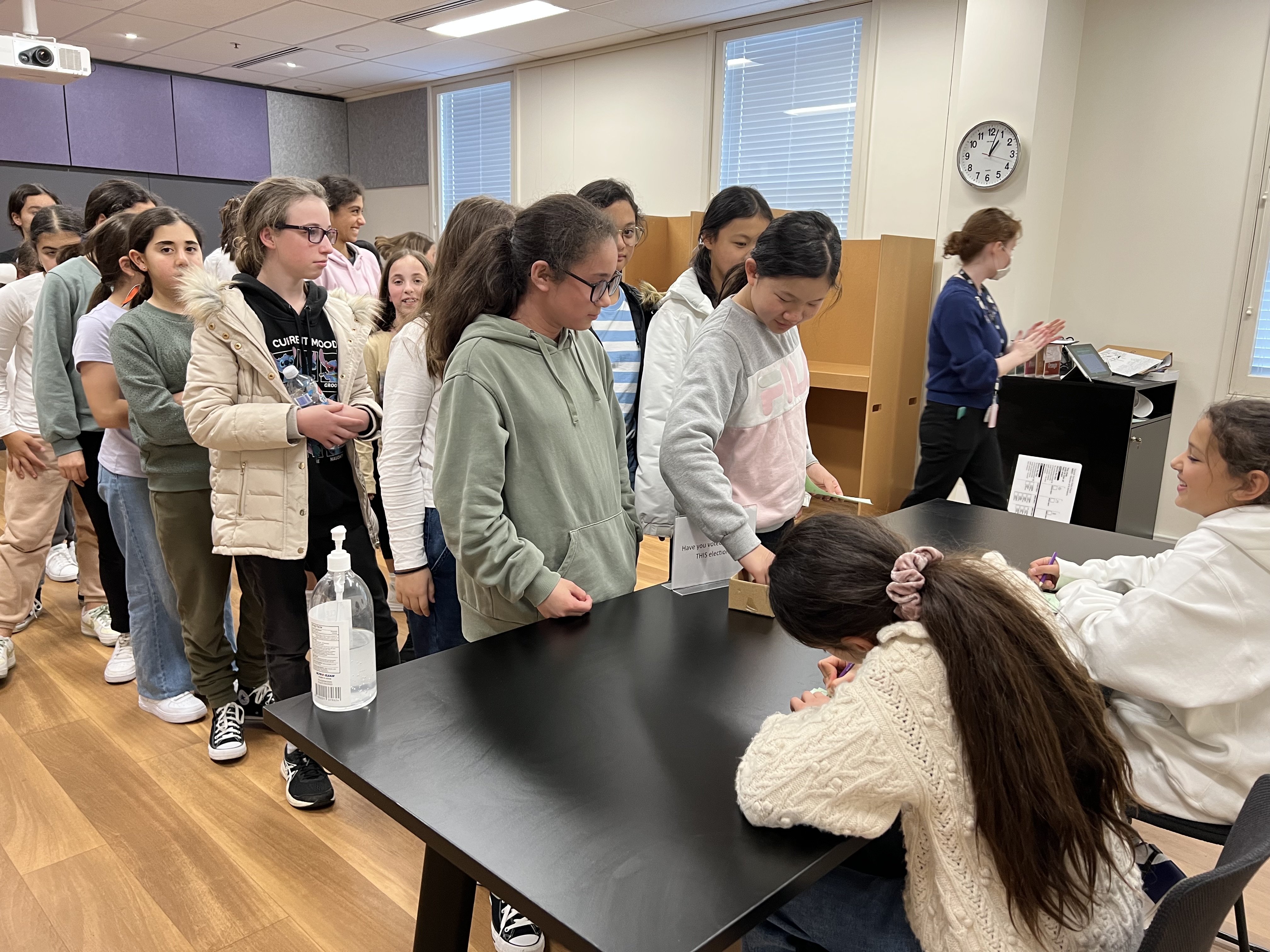 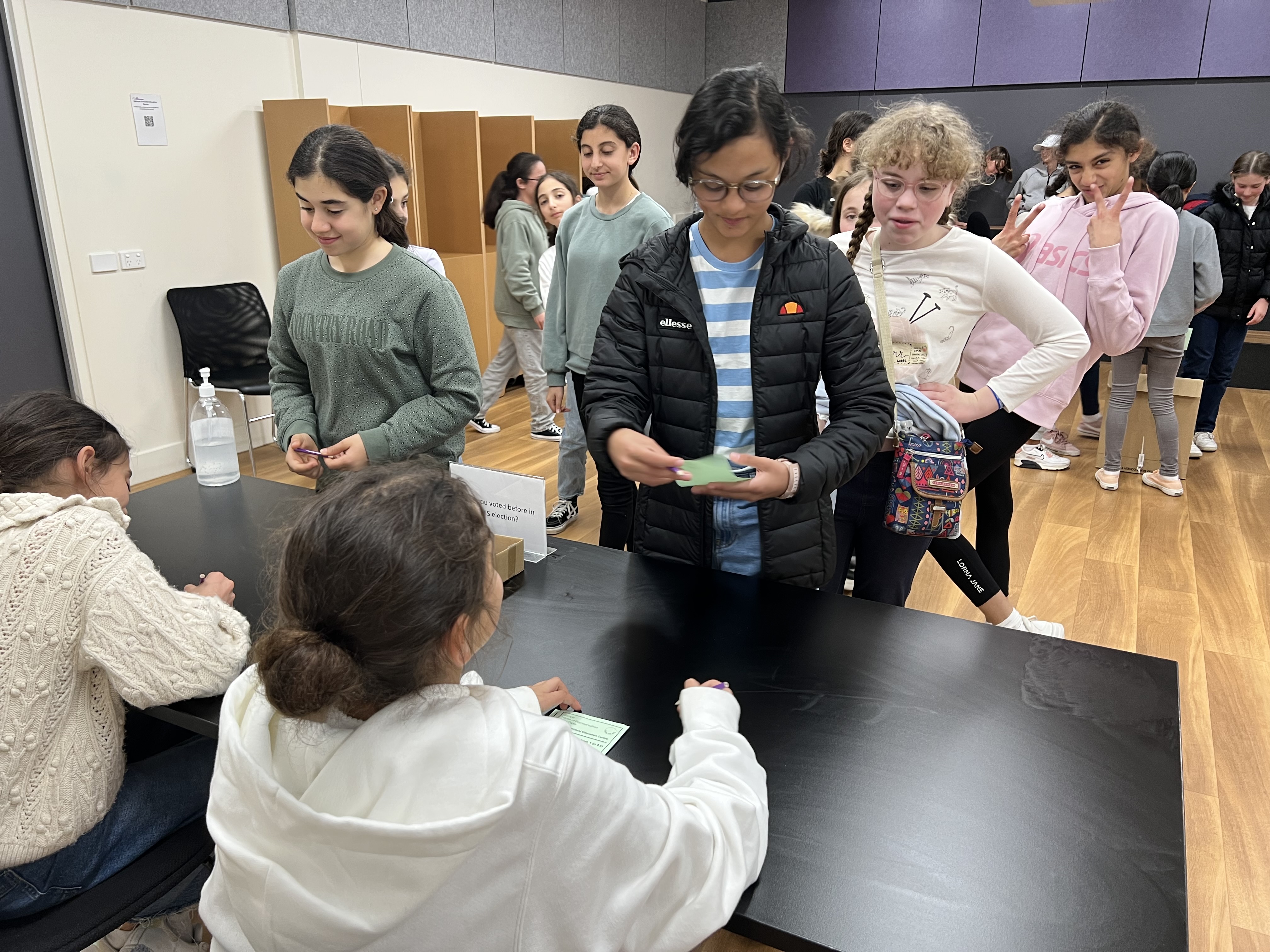 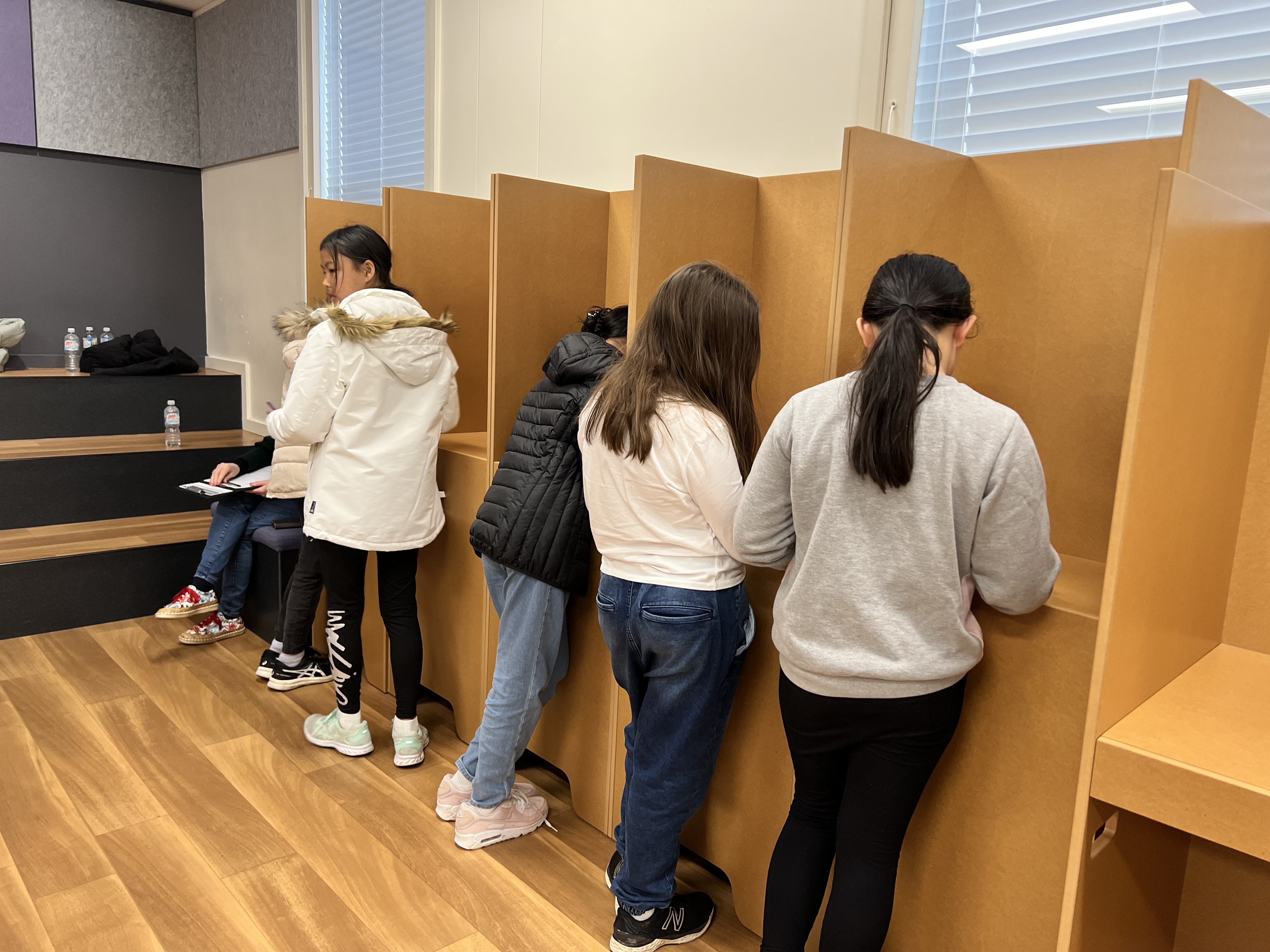 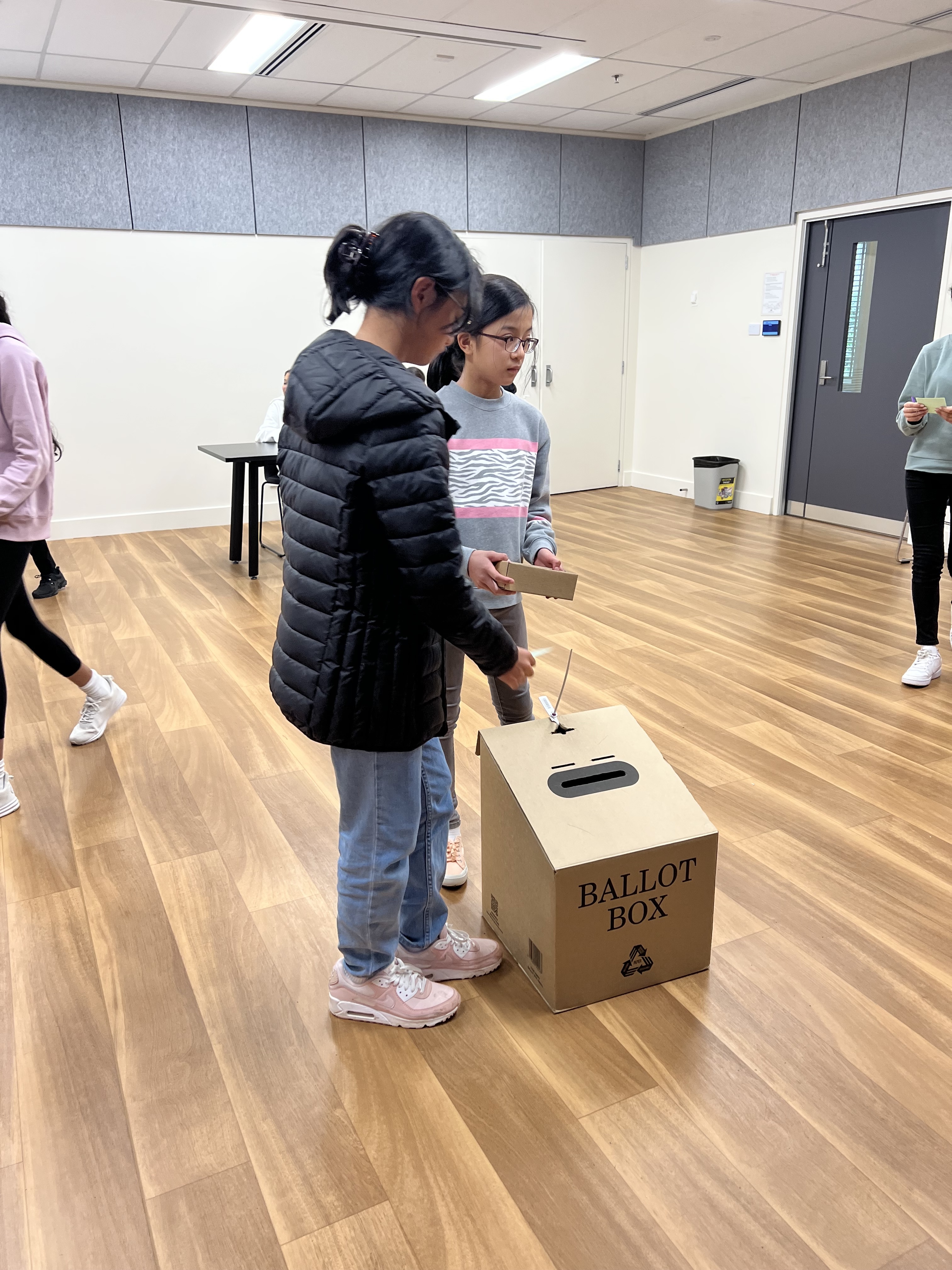 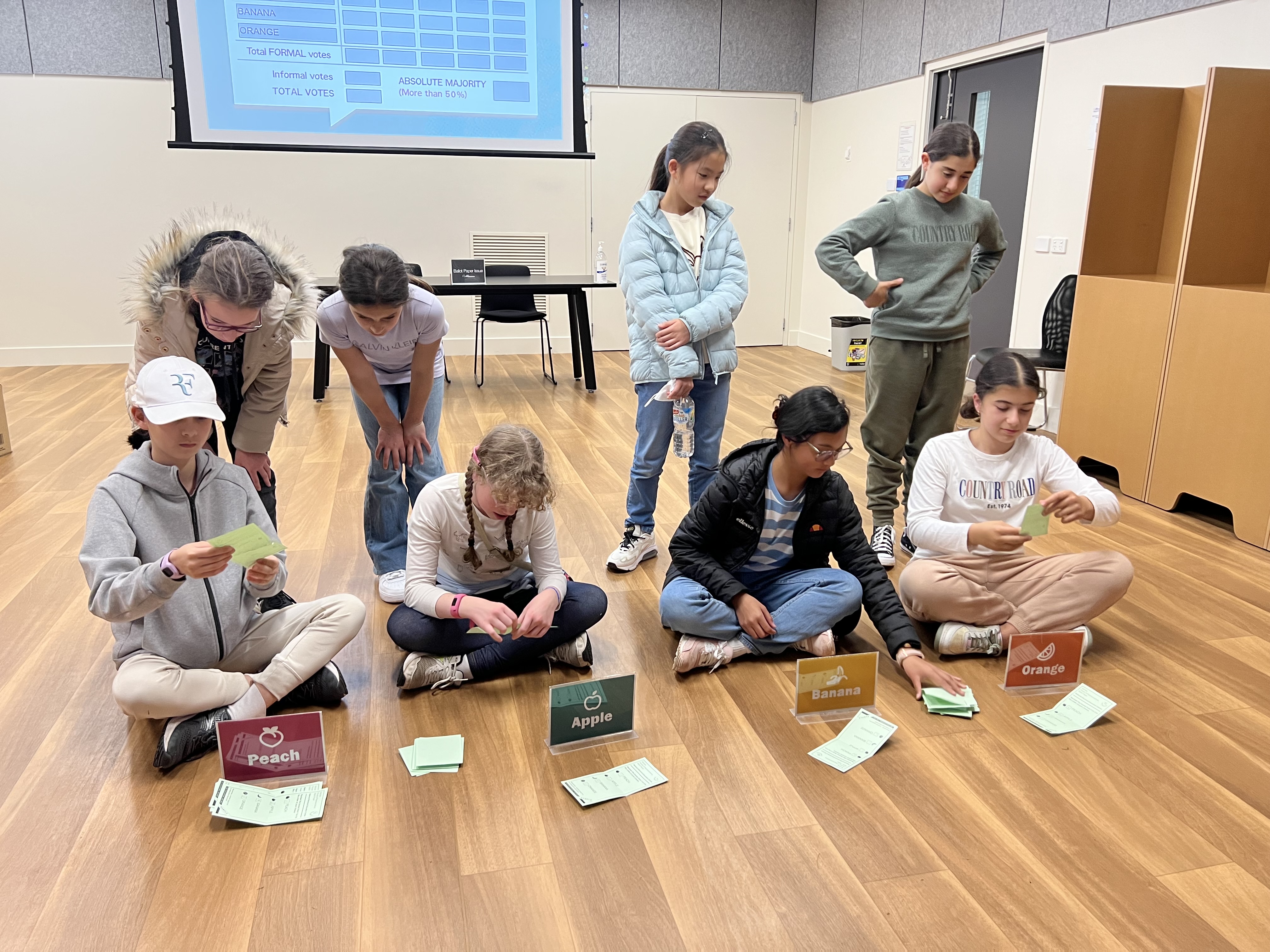 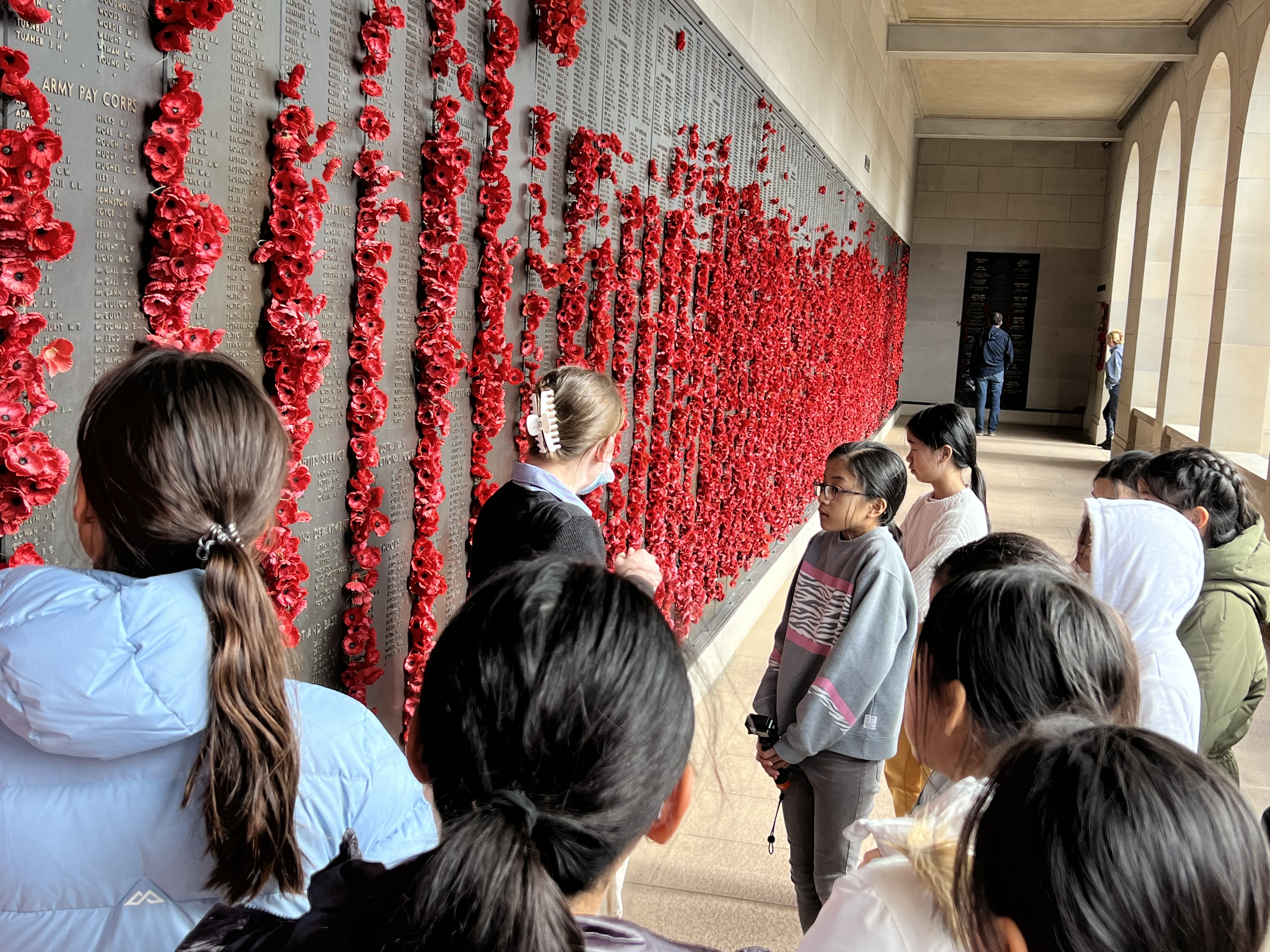 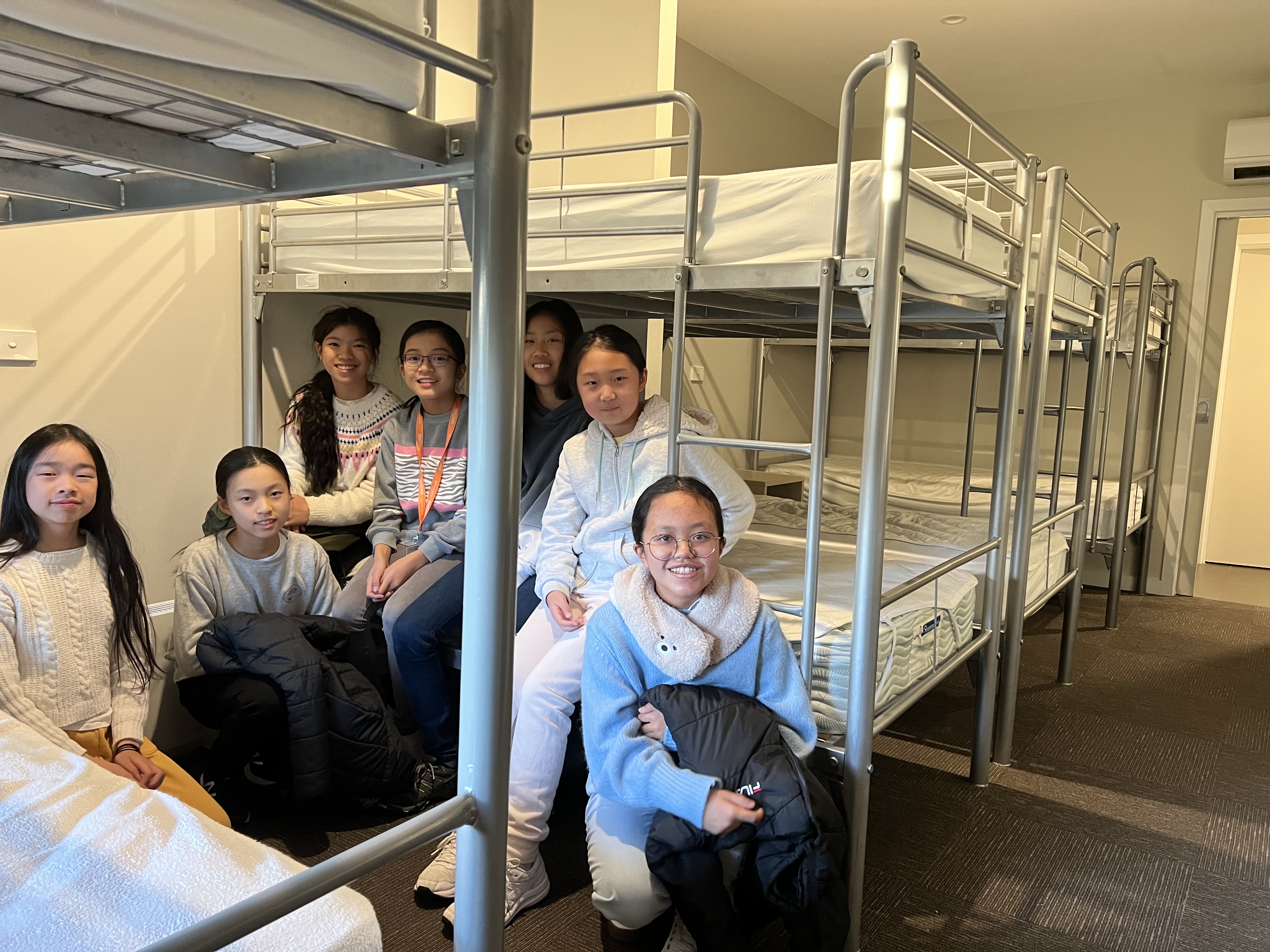